#Bénéteau#EuropeanYachtOfTheYear#Amel#Jeanneau#NeelTrimarans#ForaMarine#Hallberg-Rassy#X-Yachts#NautorSwan#Dufour#Fountaine Pajot#Ofcet#Seascape#Outremer#PogoStructures
The autumn/winter boat shows are an opportunity to discover or review the new 2017 sailboats. Second article of the series: the French monohull sailboats of the major shipyards: Bénéteau and Jeanneau.

Almost a U-turn for Bénéteau; after years focusing in cruising aspects it takes a step towards the performance, maybe even more than a step... The step in question is obviously the Figaro 3, new one-design for offshore single-handed racing, but even in the cruising range the performance is not lost sight, indeed the Océanis 51.1 was presented during Cannes Yacht show in "First Line" version, with equipment predisposing her to the IRC/ORC or fast cruising. 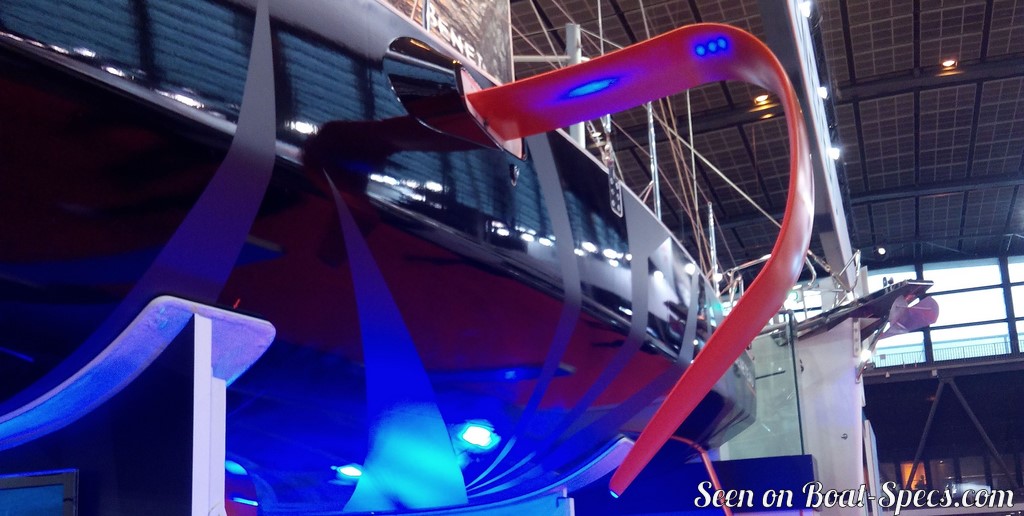 Exposed with an extended foil the Figaro 3 is the probably most visible sailboat on the Bénéteau stand at Paris Boat Show. A new boat that clearly stands out from the Figaro 2 yet appreciated by sailors. Bénéteau has not skimped on resources by restarting the former Jeanneau Advanced Techniques production site, real performance pole of the group located next to Nantes. Subcontractors are also up to the ambitions, foils are, for example, produced by Multiplast. Last but not the least, the development has been treated with care using the experience and feedbacks of talented sailors. Verdict in 2019 during the first edition of "La Solitaire" sailed on this new foiler. 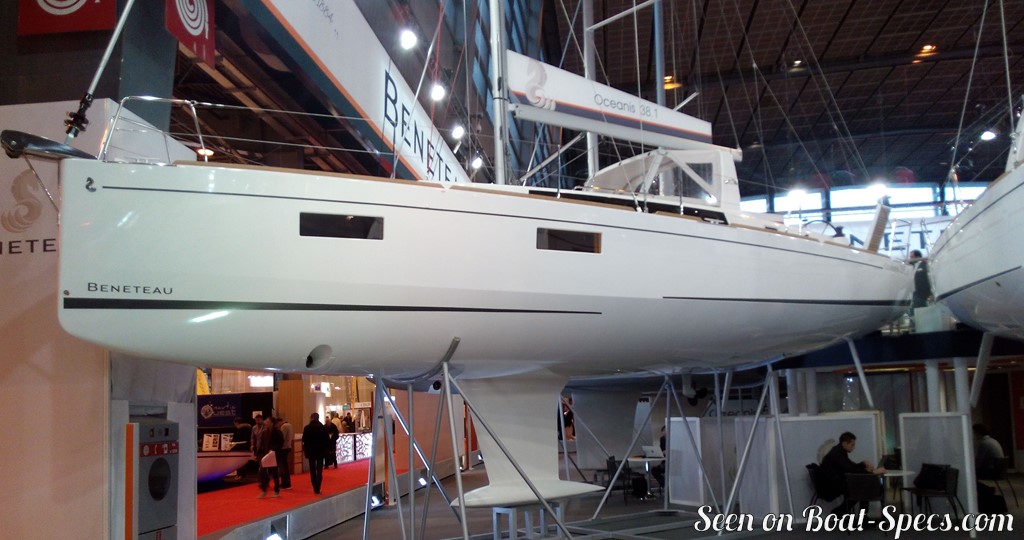 It is not a revolution but a significant evolution, this new generation of Océanis (the 7th) keeps the will of comfort for cruising but takes more and more care of its look: thin and discrete roof, hull shapes streamlined with a smart painting job and the integrated bowsprit. Unlike many sailboats, the chine is hard in the fore part not at the aft, this due to a wish of increasing the volume at the front to improve the righting moment but also the size of the owner cabin.
Bénéteau Océanis 55.1 - - 4/7
Picture extracted from the commercial documentation © Bénéteau

Not really a new sailboat but a slight evolution of the Océanis 55 launched in 2012. The design gains in dynamism with roof windows that stretch forward, bringing in same time a little more light to the accommodations. The hull shapes remain the same with a single harp chine running almost to the front.

Two new Briand’s designs to renew the core of the Sun Odyssey range but the most awaited new sailboats is undoubtedly the "small" Sun Odyssey 319 as it is so rare to see new 30 feet from a major European shipyard.

Producing a new small sailboat is always a difficult exercise, to offer an economic sailboat Jeanneau turned towards Delphia by reusing in particular the inner structural-mold of the Delphia 31 and by relocating the production in the Polish shipyard. Finishing and details are however meeting the standards of the shipyard from Vendée, to offer a remarkable value for money ratio for a new boat.
Jeanneau Sun Odyssey 440 - - 6/7
Picture extracted from the commercial documentation © Jeanneau

Like the bigger Sun Odyssey 490, the Sun Odyssey 440 marks a design evolution assumed by Jeanneau. In addition to the hard chine, which we are getting used to, the Sun Odyssey 440 adopts a second hard chine close to the deck edge showing a chamfer to streamline the hull. The fixed bowsprit (optional) is integrated in the edge to emphasize it again. The hull portholes also use lengthening to underline the dynamic line.
Jeanneau Sun Odyssey 490 - - 7/7
Picture extracted from the commercial documentation © Jeanneau

In line with the Sun Odyssey 440, the Sun Odyssey 490, presented during the Cannes Yacht Show this fall, uses the same codes than the smallest model: fixed bowsprit in the extension of a chamfered deck edge, large windows surface in the hull with very long portholes and modular cockpit to fully enjoy the anchorage. All these design evolutions clearly bright up the range.
Boat-Specs.com uses cookies to improve user experience. By using our website you consent to all cookies in accordance with our Cookie Policy.