#Bénéteau#EuropeanYachtOfTheYear#Amel#Jeanneau#NeelTrimarans#ForaMarine#Hallberg-Rassy#X-Yachts#NautorSwan#Dufour#Fountaine Pajot#Ofcet#Seascape#Outremer#PogoStructures
The autumn/winter boat shows are an opportunity to discover or review the new 2017 sailboats. First article of the series: French monohulls (excluding Bénéteau and Jeanneau, which deserve an article on their own). 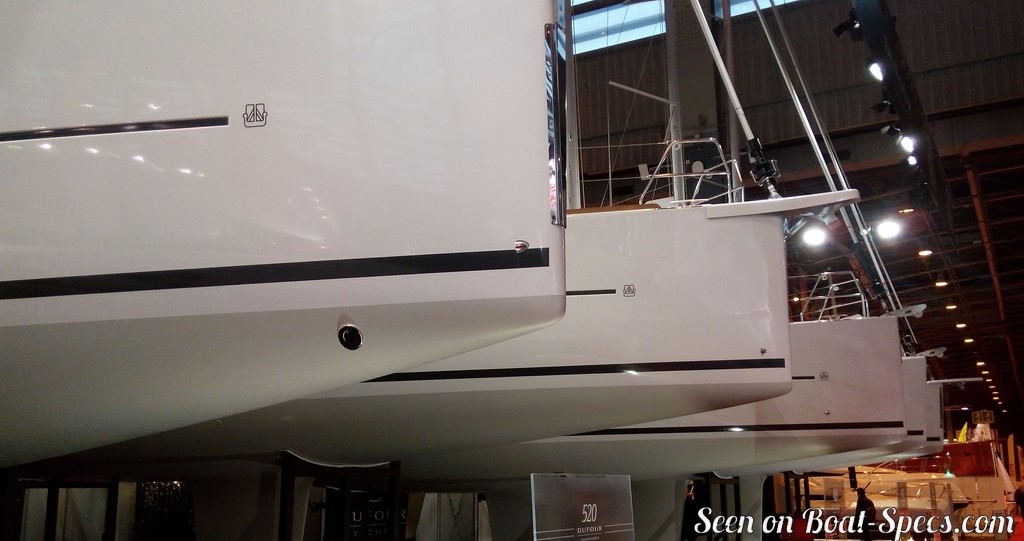 Quite unusually, the range of the shipyard grew to the smaller sizes with a "small" new Amel and she is a revolution (or back to basics) since she is sloop rigged.
Amel 50 - - 2/7
Picture extracted from the commercial documentation © Amel

First sloop produced by Amel for more than 20 years, the Amel 50 does not betray the values of the shipyard, sea worthiness and practical spirit, without compromising with comfort. We can find for example the helm station in the fore part of the central cockpit and always protected by an enveloping hard top. But the evolution does not stop at the rigging, the hull shapes are also much more modern, wider in the aft part for better performance downwind. This wide transom pushed the designers to equip this newcomer with 2 rudders.

Next to the real new design at the top of the range, some of the Dufour models have been restyled.
Dufour 360 Grand Large - - 3/7
Picture extracted from the commercial documentation © Dufour

Evolution of the Dufour 350 Grand Large, the finishing is improved with in particular a new design of roof allowing hidden passages for running rigging between the mast foot and the piano. The new design also incorporates portholes on the back for more light and like the Dufour 520 Grand Large, no more open cockpit but a folding swim platform to close it.
Dufour 520 Grand Large - - 4/7
Picture extracted from the commercial documentation © Dufour

The Dufour 520 Grand Large is an evolution of the Dufour 512 Grand Large. This model being quite successful, the changes are minimal and oriented to improve comfort: outdoor kitchen, woodwork reviewed and maybe the most visible: a redesigned swim platform with 2 levels of access to water.
Dufour 63 Exclusive - - 5/7
Picture extracted from the commercial documentation © Dufour

Streamlined design, unobstructed deck with almost invisible running rigging and plenty of space inside and out, here are in a few words the specifications of Dufour’s flagship. The Dufour 63 Exclusive does not stand out from the rest of the range by the number of cabins but by the quality of finishes and the space allowed by the very wide hull. 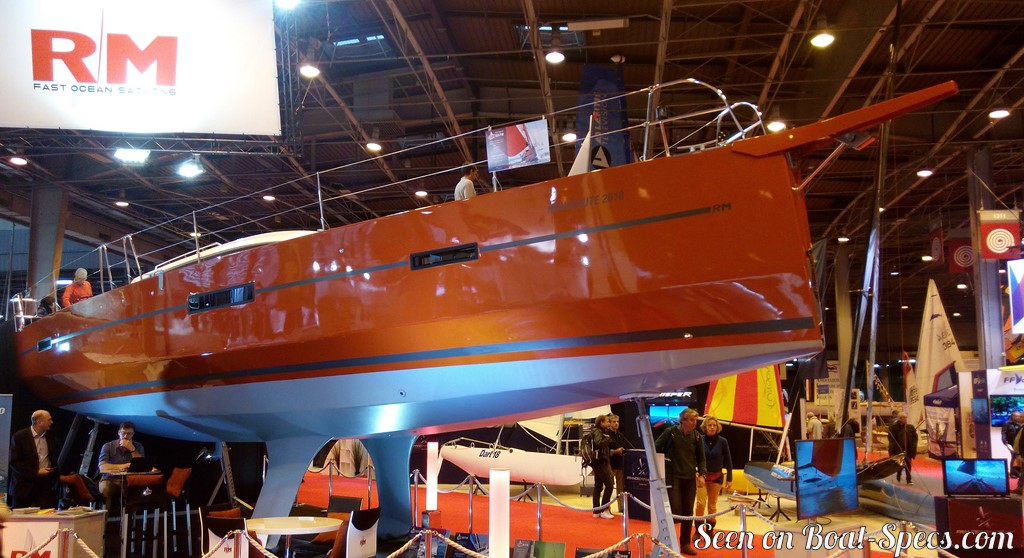 After focusing on the smallest models of their range, Fora Marine has upgraded in 2017 its flagship.
Fora Marine RM 1370 - - 6/7
Picture extracted from the commercial documentation © Fora Marine

While many shipyards redesign deck and roof to give a boost to their models here it is the opposite. The RM 1360’s deck and roof are combined with a redesigned hull, which has longer waterline and offers more volume in the front part to increase performance. 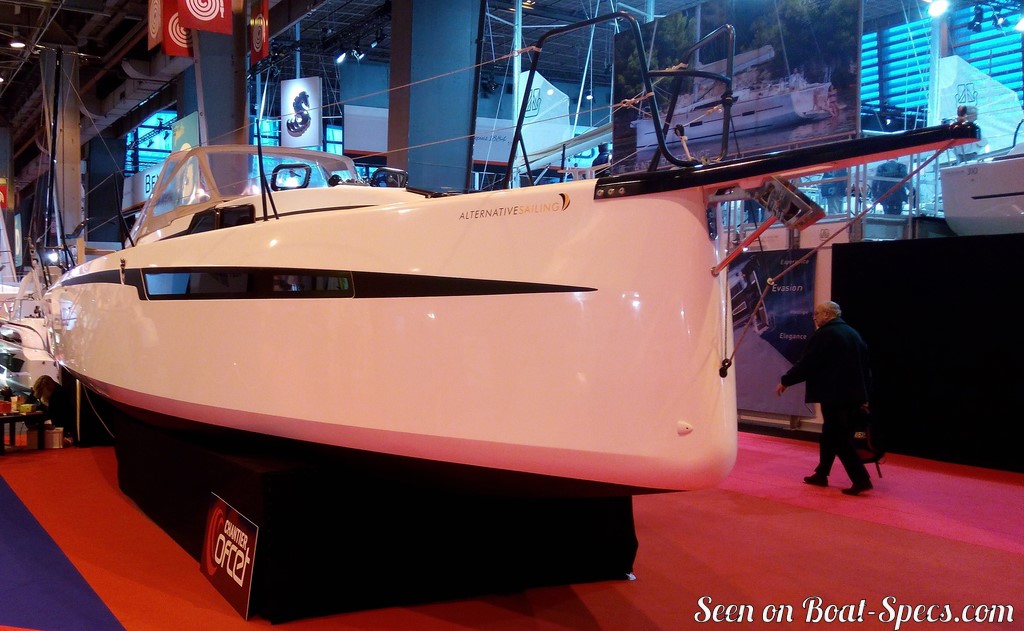 Launched last year for the regatta’s fans the Ofcet 32, in her SC version is the first model of the shipyard from La Rochelle designed for cruising.
Ofcet 32 - - 7/7
Picture extracted from the commercial documentation © Ofcet

Without the IRC rules and restrictions, this cruising version of the Ofcet 32 becomes almost more extreme: keel with bulb and taller rig allow to keep the same displacement and performance than the IRC version, while providing bright and well thought out accommodations. The hull shapes and the design remain identical with a lot of volume in the front for a lot of power and always the roof with front windows allowing the watch from the inside.
Boat-Specs.com uses cookies to improve user experience. By using our website you consent to all cookies in accordance with our Cookie Policy.